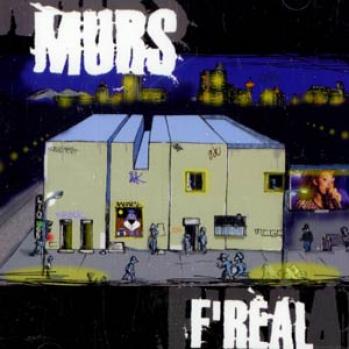 (Verse One)
Now most of us could waste a whole lifetime
Doin' shit we don't believe in, so I'm retrievin words
Of gold to expose my soul on the sheets
Combined with the beat of song, complete, to compete
Nah cause most of y'all won't understand it
Takin' this existence for granted
Never goin' after what you really want
Cause you ain't got the heart
So your life never starts to have meaning
Fiending for somethin' to fill that void
Annoyed with the surroundings you picked
'Cause they don't seem to fit your person
Rehearsin what they said would make you happy
Until you realized one day, "Damn they trapped me"
But who are they anyway? To tell you how to live
A college degree, then a career, the only decent way to raise kids
But I disagree, see I wasn't put here to make a living
My living makes me, so even if it takes me a lifetime
I'ma write rhymes that I feel
Some shit for when I'm fired, that shit for when I'm chill
And even if I never make that ticket to a meal
I'll still be a success cause my purpose will have been filled

(Verse Two)
It came to me like a vision
The decision was all mine, combined with the fact
The lack of points on my GPA made a college hard to find
Walk a line into this world, of the so-called real
Never backed by ideal, so there was no desire to appeal
To the masses of those, who seemed closed captioned
To the fractions of light, that glimmer in the dimmer night
Sight obscured, by this BULLSHIT~! we must endure
Pure thought caught before it can become manifest
Leavin' us obsessed, with these objects that bring temporary joy
Decoys in the game just like these b-boys and fame
To get you to stop focus on the art
And start focusin upon makin' the charts
Not to start pointin fingers
'Cause I had the benefit of learnin from others mistakes
Those who helped make hip-hop what it is today
To go through the shit and cause me to say
What the fuck is the music business anyway? Paradox
Coca-Cola commercials advertisin dreadlocks
Government officials tryin' to communicate with us through hip-hop
Which should only serve as a demonstration
That our generation holds control of this nation
But the creation of Hip-Hop Temples won't help
If the music don't stay up to par
So many rap superstars supernova, and just burn out
Get addicted to the cash then the label turn 'em out

(Verse Three)
I hadn't picked up the a in days, just been amazed
On how many motherfuckers actually think that this rhymin is a phase
Ain't ate a decent meal in days
So I guess that this dispels the rumors that this rhyme shit pays
Nowadays, it seems MC means anybody on the block who can make words rhyme
But I remember a time when I rapped, and no one noticed me
And now fools is blowin' up, off some third grade poetry
And it's a damn shame that we let the game get so low
Where it's the dumbest motherfuckers representin hip-hop, wherever you go
And these fools take pride in bein ignorant
Not to say that I'm innocent; 'cause I buy these fools records too
So the label can get paid and bring out, another ignorant crew
And I know too many heads tryin' to get college degrees
So how long, will we tolerate remedial MC's?
So please, realize
If somethin' doesn't evolve or advance, it dies
You listen to the shit out now, and tell me where the future lies...
... Bitch