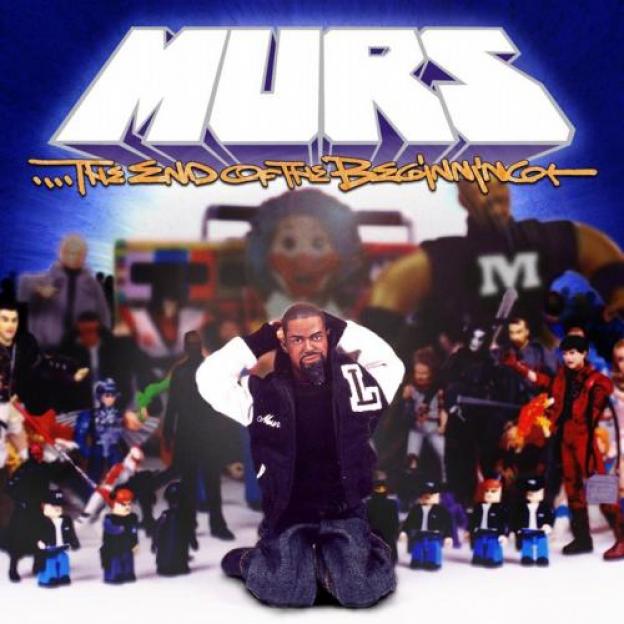 (MURS)
Now this here's for your spouse or significant other
You were in love with the person, now you hate the motherfucker
Get the fuck out! Tell 'em to get the fuck out!
You weren't lookin' for love when you met 'em at the club
Y'all exchanged numbers and went out for some grub
You waited three days then decided to call
Went for dinner and a movie, then a walk through the mall
All you saw was the physical, a sexy individual
Never had the thought that they would make your life miserable
A couple more dates, consummate the mating ritual
Soon you will encounter the habitual liar
The sex was so good it set your body afire
But why are you still with this nut?
Every time they come around you get this feelin' in your gut
Wanna tell 'em, "Raise up," but your mouth stays shut
When you stop to think about how good they fuck
An' when the sex gets old you'll wind up stuck
So here's some words of wisdom that'll help you with the chore
Count up their I.Q. before you kick 'em to the door
It goes:

(MURS)
Now say you have a homeboy who's been sleepin' on your couch
For weeks on end and he's (words walk 'em out?)
Get the fuck out! Tell him to get the fuck out!
Now he walks around your house in nothin' but his drawers
Throws the trash once a week and expects to get applause
Let him stay at your crib you was down for his cause
He was in between girls, or in between jobs
But it's still no excuse for him to be a slob
Your girl stays mad 'cause she's cleanin' up behind him
You can't get your calls when he's on the other line an'
You can't get laid 'cause he has the worst timin'
Knockin' at your door at odd hours of the night
If he does that shit again, you swear to God you're gonna fight
But you can't kick him out 'cause it's just not right
He has nowhere else to go, but you're losin' self-control
Wanna kill him in his sleep, God bless his soul
Maybe it's not that bad but it could get worse
So here's a little tip from your homeboy MURS
Before you tell him "Bounce," do a countdown first
It goes:

(MURS)
Now let's talk about these old motherfuckers on the mic
Who were dope but now are whack and won't leave the spotlight
Get the fuck out! You gots to get the fuck out!
He had some albums that I loved way back in the day
But as he puts out new shit, the memories begin to fade
When I heard about the comeback I said "No way!"
I was waitin' on the real, the anticipation built
But with age came degeneration of the skill
So I pushed it to the back of my mind, and hoped in time
Those fine memories would once again shine
But he just won't stop, even though his album flop
Everytime I turn around his new one's about to drop
Make me wanna take all his old records off the shelf
Cause the man I now hear's a shadow of his former self
So when he stopped on tour, in my town for a show
I played a true fan and was in the front row
As he started doin' classics, then he stopped and said "No"
We had to say we love the new shit, before he did the old
I tried to count the countdown, but then I lost control
It went one, two, three, four
I had it up to here, and I'm not takin' no more
So get the fuck out! You gots to get the fuck out!
Everybody come on!
One, two, three...